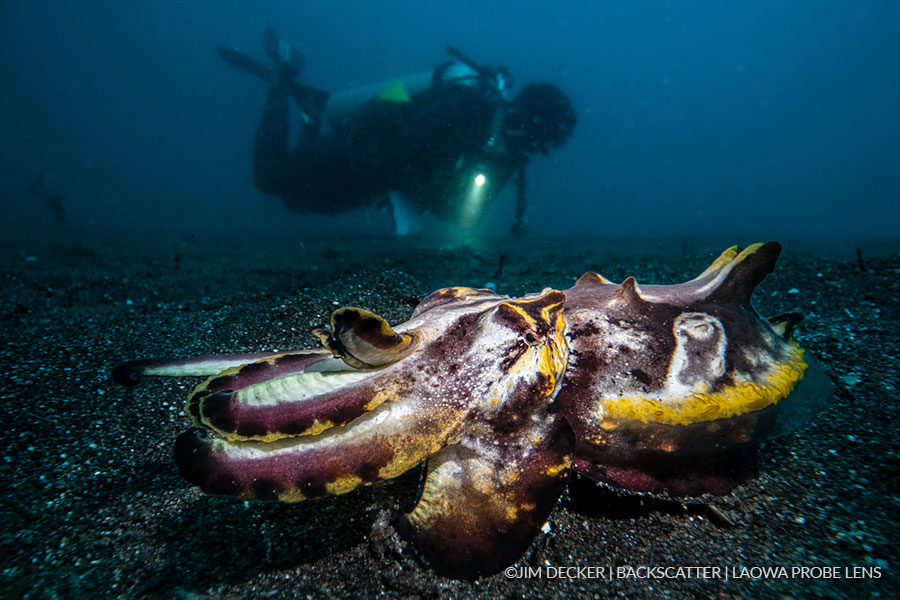 Tracking a subject on the move with manual focus, lighting with a snoot, and with a secondary subject in the background made for a very challenging shot with this cuttlefish. Over 90 shots later, the effort was worth the end result.

“Whoa! What is that thing?!?" is the most common question I get when people see the Laowa Venus 24mm ƒ14 Macro Probe Lens on my underwater camera rig. The best way to describe it is a super macro lens with a wide field of view. It has a minimum working distance of less than an inch with a 24mm lens field of view. At minimum focus, the reproduction ratio is twice life-size at 2:1, which is equivalent to using an SLR macro lens with a +10 to +12 diopter. This lens is all about serious macro capability, but with a much wider field of view. Commonly referred to as a “bug-eye” effect, it can lead to some very interesting shots.

The lens has an LED ring light surrounding the lens element that requires a battery pack to operate. While the battery pack fits inside the housing I used, there is no way to control the light output — I would have had to turn on the light before sealing up the housing with no option to turn it off underwater. Due to this lack of control, I decided not to use the light for the limited amount of time I had to shoot this lens.

With a normal macro lens and a +10 diopter, this blenny would take up the whole frame. Being able to capture tiny macro subjects while still showing their surroundings makes for a whole new perspective with the Laowa Probe Lens. 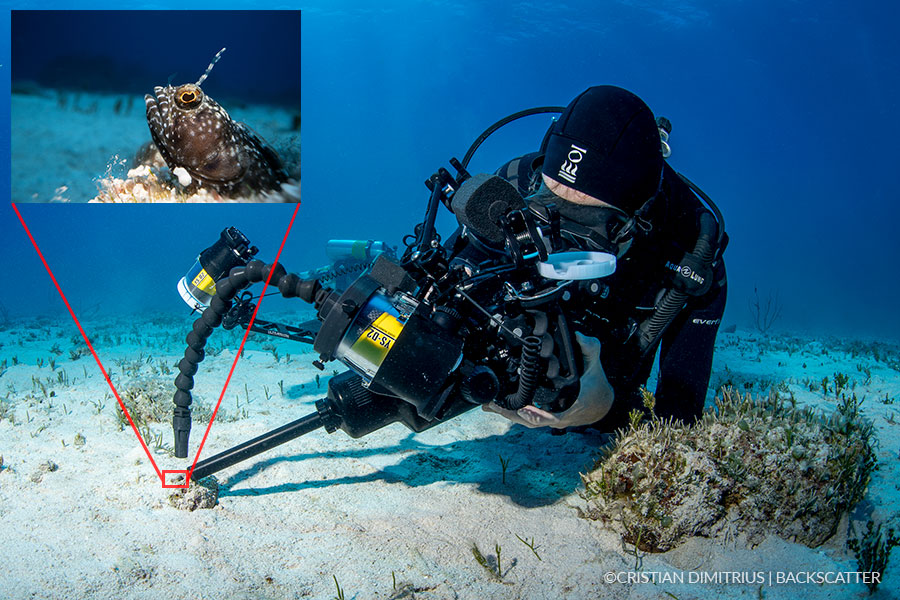 Behind the scene shot using the Laowa Probe Lens to get the previous image.

CLICK HERE to read the rest of the review.

Discuss in our community
Articles, Gear Reviews, How To...
BackscatterUW
3725
0