The Sony a7R IV video looks really good in the right conditions. Macro is its strong point, but the ambient light wide angle looks good down to about 45 feet.

Backscatter has been busy putting the new Sony a7R IV to the test in the clear tropical waters of Little Cayman and the mucky, macro-rich black sands of the north coast of Bali. While the big news with the Sony a7R IV is the new 61MP sensor, how does the rest of the camera stack up against other high-performance full-frame cameras?

Conventional wisdom in camera sensor design is that when pixel density on the sensor goes up (higher resolution), the light gathering capability goes down. This is due to smaller pixels not being able to gather as much light. This increases the noise level of the image and also results in diminished low light performance. When the Sony a7R III came out with its 42MP sensor, it was the first of its kind to have such high resolution but also no compromise in image quality despite the more tightly packed sensor. Sony has pulled a rabbit out of the hat once again with the Sony a7R IV. With almost 50% more resolution than the previous model, its impressive image quality and resolution can’t be overstated. It is a giant leap ahead of any other full-frame camera. 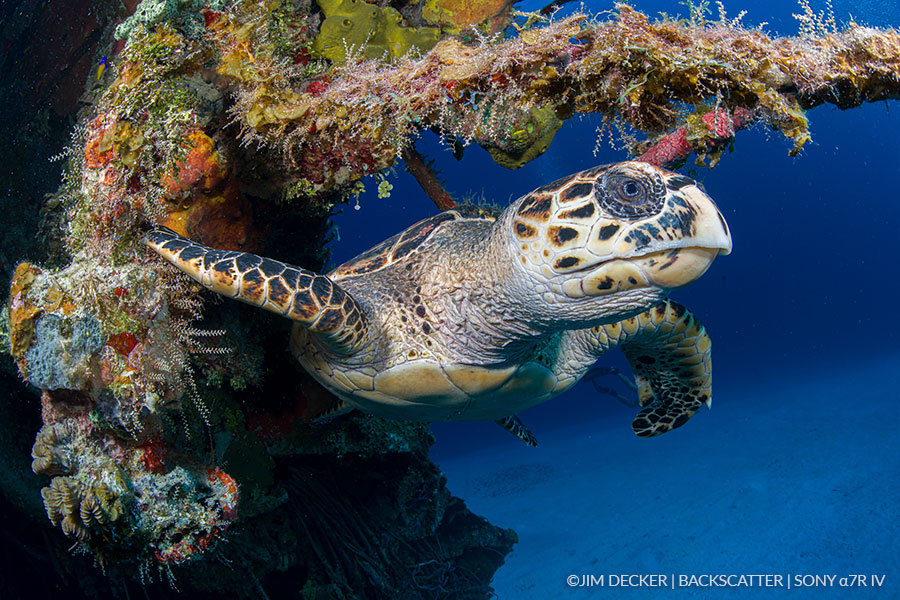 Say goodbye to out of focus shots with the Real-time Tracking AF of the Sony a7R IV. This shot was captured by placing the focus square over the turtle’s eye and it tracked the eye as the turtle moved around the frame, allowing the shooter to shift attention and concentrate on getting the composition dialed in.
Sony a7R IV | Canon 8-15mm | 1/125 | ISO 400 | ƒ14

There are a number of practical uses for this amount of resolution. Large prints will hold much more detail and will have more of that "hyper-real” look of medium format. At 300dpi it will yield a 32-inch wide print, but prints much larger than that could be viewed from a much closer distance compared to lower resolution prints.

An obvious benefit of the high resolution is the ability to crop and still have more resolution than most cameras out there. Don’t take this as a license for poor camera technique! You’ll still get a better shot by framing and lighting the scene properly. Being too far away from something and cropping leads to lower image quality due to more water to shoot through between the lens and subject. The most practical application of cropping would be to do a vertical crop from a horizontal. This is especially useful in shooting super macro, where critters tend to be on the bottom in the sand. It would be impossible to frame the shot for a vertical due to the handle of the housing preventing the camera from getting low enough. Tiny critters that are still too small in the fame at the limits of super macro are also good candidates for a purposeful post-shot crop. 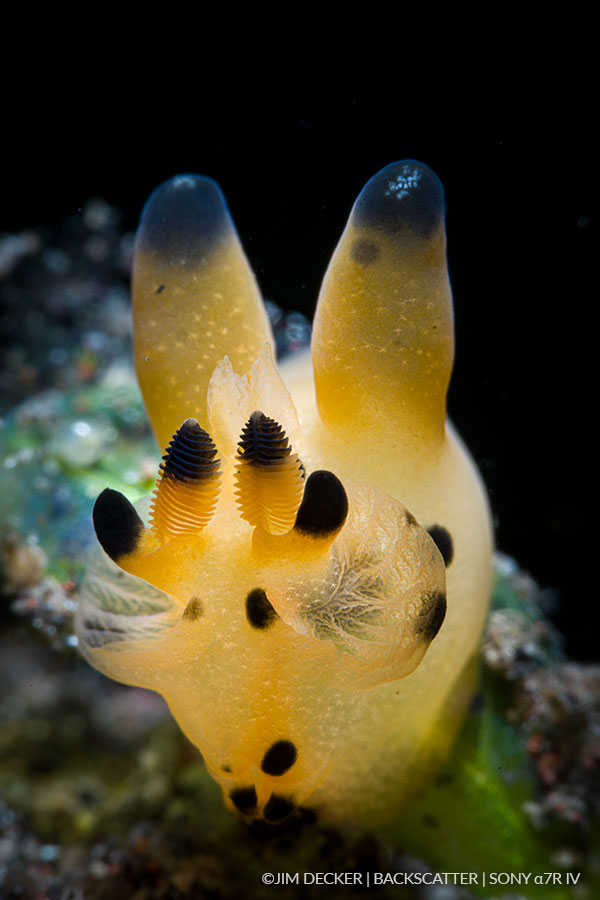 There’s plenty of resolution to crop a vertical from a horizontal when it’s impossible to position the camera for the proper composition. Even a vertical crop with the Sony a7R IV still yields a resolution of 26.8MP.
Sony a7R IV | Sony 90mm | 1/250 | ISO 100 | ƒ22

Discuss in our community
Articles, Gear Reviews, How To...
BackscatterUW
3426
0